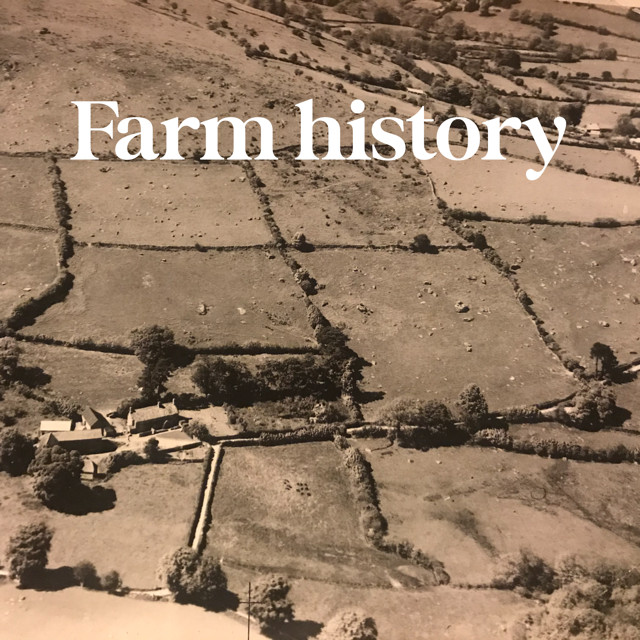 
We start with Neolithic/early Bronze Age. A burial kist up on the moor. A standing stone in the orchard. There are reeve walls and hut circles to. Was it summer grazing? Or year round living or a bit of both over the thousands of years? Grimspound thrived over the hill, we are on the route to the sea for the tin mined near there. A busy place.


Then we believe the camping barn building was the house during the ‘shaping of the fields’ post Roman time. (6th century)
A longhouse and barn and yard square. Cows inside one end of the house and people sharing the other end. A old and traditional way of living close to your animals, keeping them safe, handy for milking, along with adding extra warmth to the building on cold nights.


The doomsday book gets all muddled up with Houndtor deserted medieval village but as that was most likely occupied during 1250-1400 on a older site it is fairly safe to say we were part of it. The land mentioned was large though, so probably encompassed it all. (4 ploughlands = over 400 acres farmed, so that’s the valley and moor! And over 30 people, all tenants of Reginald and Tavistock Abby...!)

Houndtor village was abandoned (plague? Climate change? Rent increase for tin mining to take over?) but the farm (and other single farm settlements near) kept on going. In the 16th century a new fancy house was built, (wool money and tin) and on to the tithe maps of 1840. The walls are all still there and the field names are the same as now. There were two houses then, Great and Little Houndtor (little was probably the camping barn).
Improvements were added, a leat for water, a new barn built or old one knocked down, a bit of land added or sold, farmed by tenants for most of its history it seems. The Moretimores, Frenchs (not ours, earlier ones) the Nosworthys.... local names still. They grew cattle and sheep, ponies and pigs. Corn or oats then Potatoes. Cut hay. Battled the bracken and rocks and fixed the walls and hedges. Coppiced the wood and mined tin sometimes.


So old. Old farmland. Old buildings. Ever changing but the same!

Click on map to visit the Devon archive and it’s many tithe maps!